After The Storm: Austin is Prospering 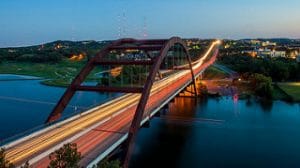 A horrific storm hit the Texas and Louisiana coastline on August 25, 2017.  Hurricane Harvey took it’s toll on several cities.  In CNN’s Brandon Griggs’ article “Harvey’s Devastating Impact by the Numbers” some startling facts are revealed about the storm:

27 trillion gallons of water were dumped on the area

And an estimated 450,000 people are asking FEMA for help

Our thoughts and prayers still go out to our friends in southeast Texas.

Austinites and Central Texans certainly stepped up to the plate (and still are) to help in whatever way they could.  Traveling to the coast and helping clean up, providing meals, and comforting the affected folks suffering are just a few of the ways help arrived.  Many in Austin took in some that had lost homes or power.

These coastal towns are normally wonderful places to live. Sunny beaches, gulf water activities, and the Houston arts and restaurants are a delight to live near or visit.  But when the storm hit, help was on the way from Central Texas.

The reason Austin was able to help is because it is far enough inland to not be affected directly.  Even after the storm, Austin is prospering because we were not impacted by flooding rains or damaging winds.

**Click Here for ALL of your Austin Real Estate Needs!**

After this terrible storm, we are pleased to say that Austin is prospering (and we look forward to our Texan and Louisiana neighbors prospering soon as well)!  According to the Austin Chamber of Commerce, 348,200 jobs have been created in Austin since 2004.  They also boast affordable and diverse neighborhoods, a great climate perfect for outdoor enjoyment, lakes abounding for water activities, many fine restaurants and clubs (more per capita than any U.S. city), arts, and not to mention the fine music opportunities.  Many visit Austin “temporarily” but decide to stay.

Weather in Austin couldn’t be more perfect.  Generally there are mild days and nights, but still seasonal weather exists.

The coast is just about a 3 hour drive away, and if colder weather is your preference, the panhandle has beautiful winter snow to enjoy.

So many good things can be said about Austin.  It has something for everyone, and is very close to many other environments.  If there were ever a perfect place to live, Austin comes pretty close to being it!

I would love to speak with you about your Austin Real Estate needs.  Please give me a call at (512) 732-3820 or click here.  I look forward to chatting with you soon!

Tagged with: austin is prospering, hurricane harvey
Posted in: Austin